Another week in the sunshine! What a wonderful day for a walk in the woods…So lets see whats changing this week.

Crossing the little wooden bridge into the woodland copse, the ditch along the woodland boundary which was running with deep water over the winter and early spring is now completely dry. 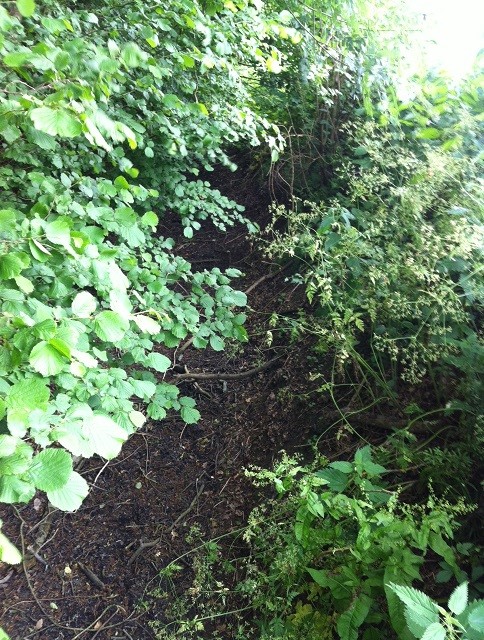 The ditch on the boundary of the woodland copse, completely dried up

Along the banks of the ditches, there is an abundance of vegetation which has grown up since the spring. One of the most common plants along the ditch edge is Cow Parsley (Anthriscus sylvestris). 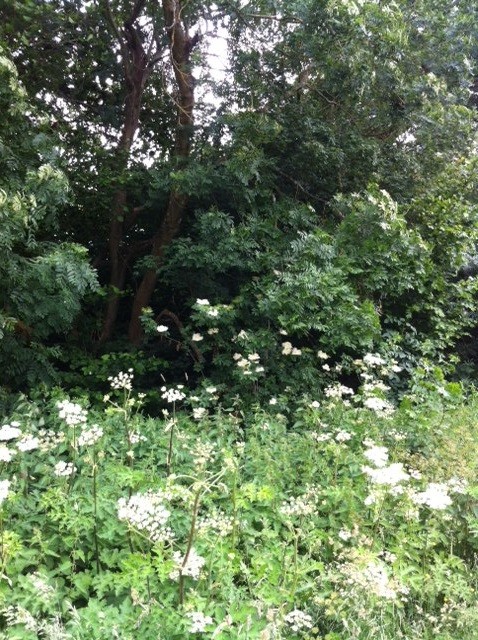 Cow parsley grows in sunny to semi shaded locations, therefore it is well suited to locations such as this on the boundary of the woodland copse. It is sufficiently common and fast growing to be considered a nuisance weed and its ability to grow rapidly through rhizomes and to produce large quantities of seeds which has meant that it can be considered an invasive species. Cow parsley is beneficial for a range of wildlife, including bees as long as it does not take over and become a monoculture. As in most cases, growing as part of a varied ecosystem, cow parsley is a valuable native species.

Sticking with the theme of white summer flowers, we will move on to look at the elder. Earlier on in the year we looked at the Jews Ear fungus growing on some of the elder in the woodland, but now the focus is on the flowers. Like blackberries, Elder is one of the most commonly foraged for wild foods and it is abundant in hedgerows and verges at this time of year. 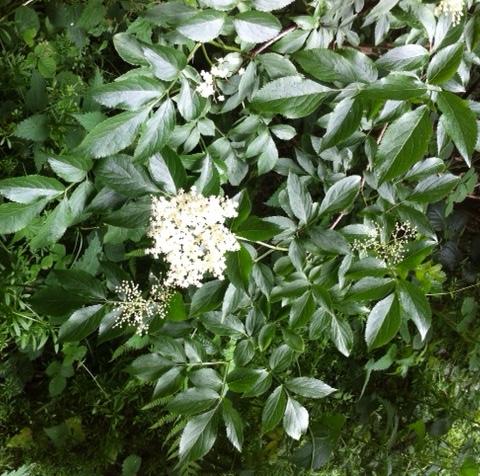 Elder is one of those really useful native species which is often undervalued. It provides good foraging for wild game such as deer and is classified as nesting habitat for a range of birds. The flowers provide nectar for pollinating insects and later in the year a wealth of elderberries will provide food for birds and small mammals. It also provides good lower level cover in a woodland habitat.

Aside from its wildlife value, elder has also been used through out history into the present day as a culinary plant, although it is worth noting that all of the green parts of the plant are poisonous, containing cyanogenic glycosides. The berries can be eaten raw when fully ripe, but are mildly poisonous in their unripe state. Elderberries are most commonly used in cooking to make jam, jelly, chutney and used to infuse alcoholic drinks.

The flower heads are commonly used to make elderflower cordial which is diluted with water before drinking. Additionally, the flowers can be used to make alcoholic drinks including elderflower wine and champagne.

One of the nicest culinary uses for elderflower that I have come across was a batterred elderflower fritter served with homemade strawberry ice cream. The flower heads were left attached to the stalk and the whole head was dipped into a batter mixture, then into hot oil to make it crisp. The finished result looks like this: 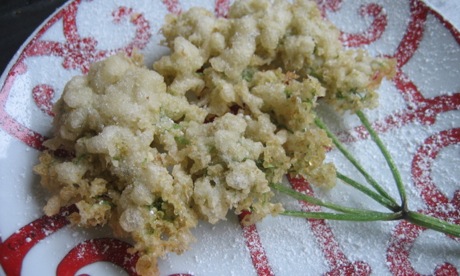 For the full recipe, go to http://www.guardian.co.uk/lifeandstyle/allotment/2010/jun/16/gardens-food-and-drink

And sticking with the theme of blossoms and berries, the last time we took a look at the hawthorn it was in full blossom. Now only a few weeks later, the blossom has gone, replaced with young haws which will develop over the coming months to a deep red fruit. 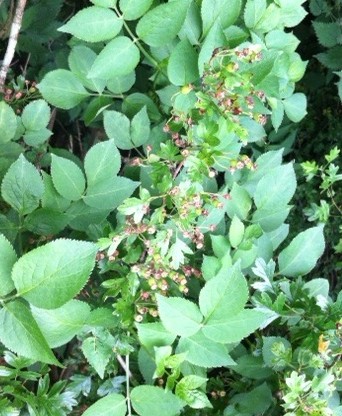 Young haws developing in the hedgerow surrounding the woodland

So, that’s it for this week. Join us next week for another walk in the woods.